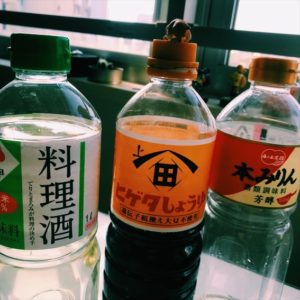 Needless to say, soy sauce is an indispensable condiment in Japanese cuisine. There are five different types of soy sauce as follows:

In Japanese cuisine, we use cooking sake for these reasons as follows;

If you don’t find any cooking sake in your pantry, white wine can be a good substitute.
In case, choose cheaper and less sour wine.

Miso, fermented soybeans paste, has various types depending on regions. There are distinctive tastes and usages of miso for each area. I was trying to introduce every type of miso but gave up.  Too many to mention!